Victory At The State House!

Senate Bill 467 would have given local government the power to tax churches! 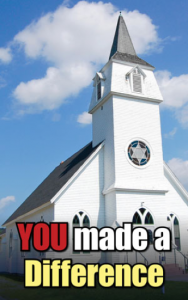 As a result of the massive amount of phone calls and emails to the State House, Senate Bill 467 was changed in a committee hearing on February 21, 2017 to remove all of the language dealing with the taxation of churches!

Here is some additional good news! By removing the language from Senate Bill 467 that would have harmed churches, we also protected non-profit organizations like Boys’ Clubs and Girls’ Clubs, Rescue Missions, Bible Colleges, Christian Schools, and Crisis Pregnancy Centers from being taxed as well!

Your Involvement Made A Difference!

Working together, a great victory was won at the State House this year! And by working together in the future, we can help make Indiana an even better place to live, work and raise a family!

Your tax deductible contribution of $35, $50, $100 or more will help us get the truth to you and others around the state during the 2017 General Assembly.

Working together, we can help protect the churches and families of Indiana!