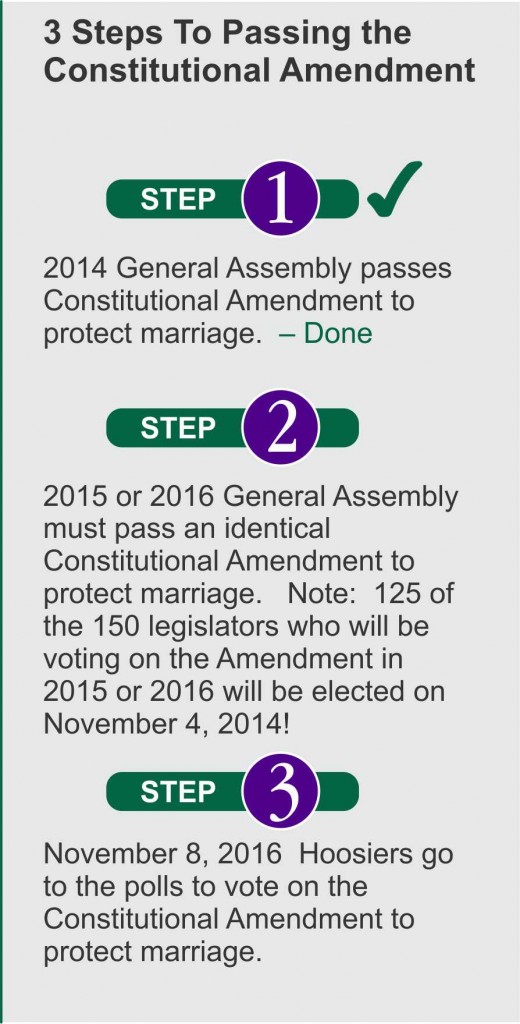 Eric Miller, Founder and Executive Director of Advance America announced the formation of “Protect Marriage Indiana,” a statewide grassroots effort to pass a Constitutional Amendment in 2016 to protect marriage between one man and one woman in Indiana. Advance America was founded in 1980 and is Indiana’s largest pro-family, pro-church and pro-tax reform organization.

The goal of the “Protect Marriage Indiana” effort will be to create the largest statewide grassroots network in recent memory comprised of individuals, families, churches, businesses and organizations to support the passage of a Constitutional Amendment in 2016 to protect traditional marriage!

Individuals and organizations that support legalizing homosexual marriages in Indiana will spend millions of dollars to stop the passage of the Constitutional Amendment to protect marriage between one man and one woman.  They must not win!

The Dangers of Legalizing Homosexual Marriages!

If homosexual marriages are legal in Indiana:

Be watching for more details on “Protect Marriage Indiana” including how you and your family, your church and your business or organization can join this grassroots network to pass a Constitutional Amendment to protect traditional marriage in Indiana in 2016!